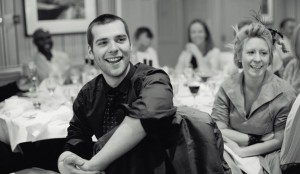 Ben Goodwin is the co-writer and co-director of RhymED. Currently he can be heard performing solo on The Brain, Drugs, The Menstrual Cycle and more.

Ben is the engineer and owner of DubWhyStudios in Leeds. Until 2012 Ben, who goes by the rap name ExP, was the CEO of Sinoptic Music, an independent Hip Hop label which produced 6 physical releases, countless digital releases and expanded into European markets.

He was chief producer, manager, and one of the MCs in “Flame Griller”, whose debut album was the number 1 top seller on BandCamp on Yorkshire day 2012.
From 2007 to 2010 he was the manager, an MC, and producer for “Freyed Knot”, a nationally touring Hip Hop 7 piece band. 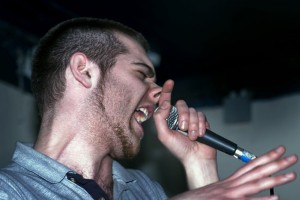 Ben is also the co-creator and co-host of “A Up Radio”, an independent radio show scouring the internet and other sources for under-appreciated music which needs to be heard.

Ben was part of the PiPeLine Productions team delivering rap lyric writing workshops in schools, community centres, and businesses. As part of this team, Ben was a mentor for a number of years on the Youth Music Mentors programme working with small groups or one-on-one to help participants from disadvantaged backgrounds achieve all they could musically.

As well as working on RhymED and continuing to occasionally run youth sessions, Ben is currently working on an exciting new band project, “Tough Crowd”, for 2015.