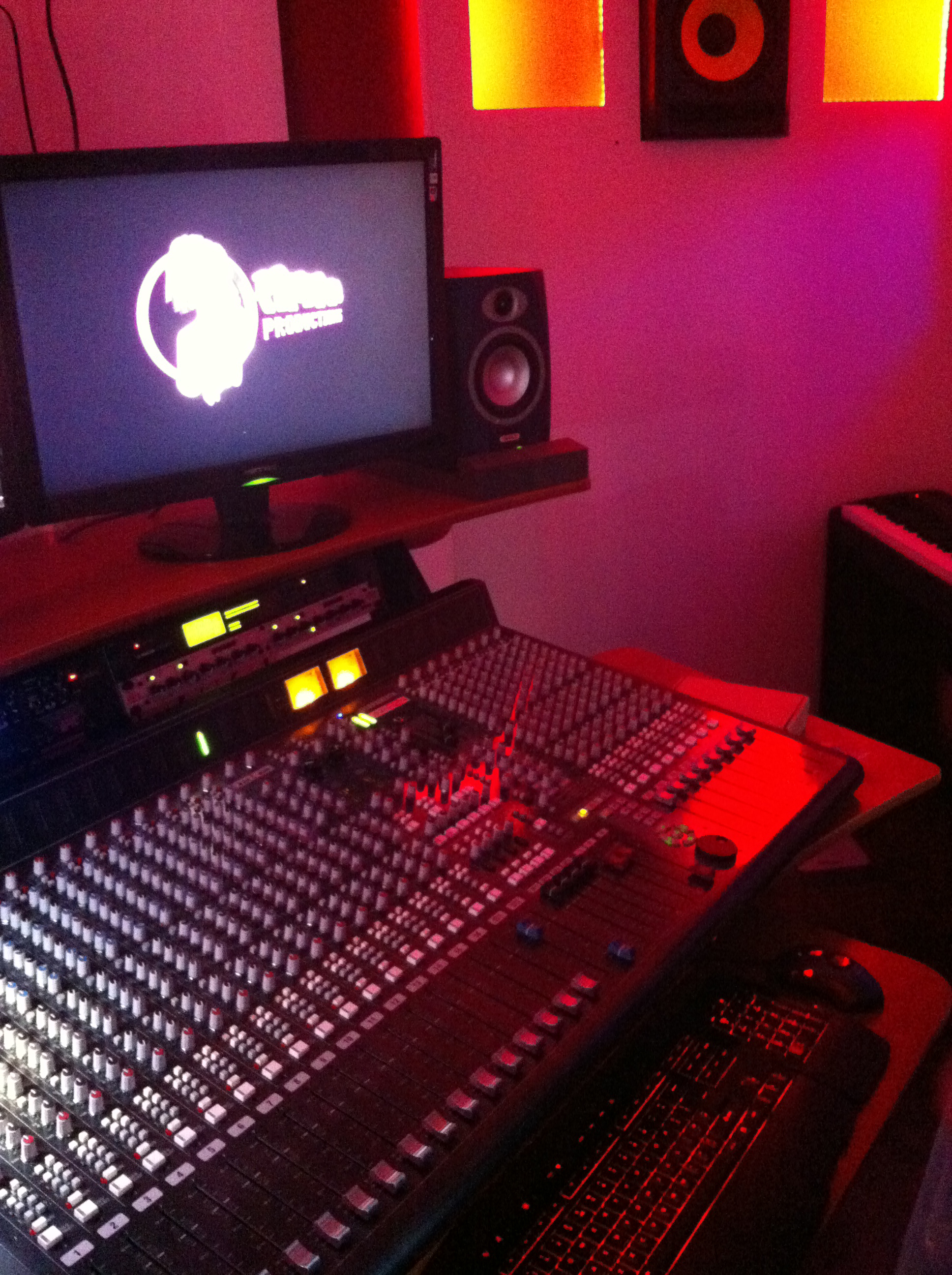 Our 24 Track Digital Recording Studio features some state of the art equipment as well as more old school pieces of kit which enables us to teach techniques found in modern studios alongside techniques used in older more analog based studios.
The actual studio itself, which is a “room within a room” was built by PiPeLine director Philip Charles with masses of help from his father and younger brother. Other PiPeLine staff also got in on the act with both Marcus and Ben dropping in a few times to lend a hand. Staff from Artworks, our partner on the Academy project, got involved from time to time along with various other tradesmen. Philip’s wife Selena even came and lent her painting skills. It truly was a group effort and it took months to complete.
In order to prevent sound from leaking in and out of the room, the studio walls are 8ft x 4ft panels with three layers of acoustic plasterboard and acoustic rubber matting sandwiching high density acoustic wool. These panels stand anywhere from an inch to a foot from the original wall of the room. The same principle is used on the ceiling too. All this makes the studio both the most peaceful room in the building but also by far the warmest!
The vocal booth continues this principle but also has a double ceiling and is separated from the rest of the room under the floor. Almost the whole booth has then been treated with acoustic tiles which creates a very dead room, only brought to life by the vocal booth window.
The centre piece for most recording studios is the mixing console or mixing desk. We invested in an Allen & Heath GS-24Rm with a Firewire interface. What does that all mean? Well, to those who know about these things it’s certainly a wow factor but for those who don’t and who don’t really care, the wow factor is the fact that the faders move…on their own. Check out this clip to see what I mean…

Now that’s gotta impress almost anybody! We currently use Cubase 6 as our software on our custom build studio PC.
For mastering we use a combination of specialist software with the awesome TC Finaliser unit. What does this mean? It means the music produced in the studio comes out sounding like it was made in a HUGE multimillion pound studio:

“…In short, Finalizer 96K dramatically enhances your material, creating that ‘radio ready’ sound that was previously unattainable outside a professional mastering house.” 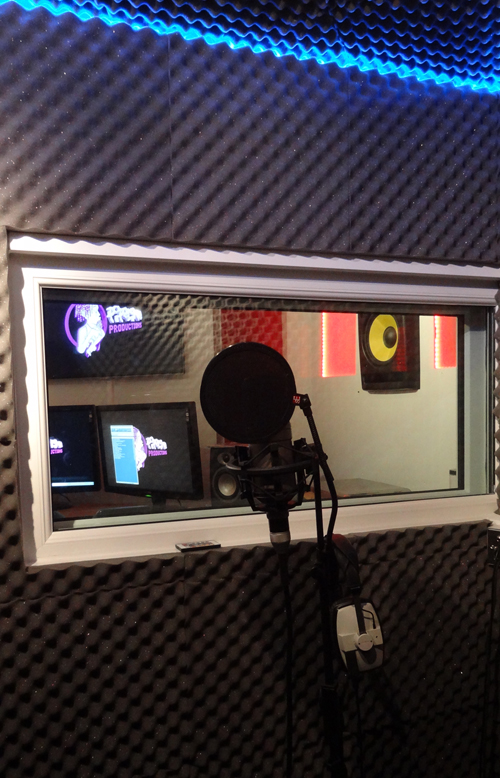 We have a good range of microphones for different situations including the Sennheiser k6 me66, several SM58s, and various other condenser mics but our vocal booth centre piece is the gorgeous sounding (and ridiculously expensive) Rode Classic II valve microphone. This is a dream microphone for recording pretty much anything but is especially beautiful when it comes to capturing the voice. I love that mic!
Our control room and vocal booth are pretty small but we have facilities for recording in any of our other spaces, even outside should we want to, giving us the capability to record ensembles, bands or even larger sound set ups.

For computer use we employ three screens, two main screens for operating the computer but also a large HD TV, especially useful for video work.
For CD duplication we have the Epson PP100 which duplicates and prints up to 100 discs at exceptional quality in a single run. Looks sort of like a microwave! Fascinating to watch in action…well, maybe the first time.
For our main monitors we built some Rokit KRK 10-3s into the wall, surrounded by adjustable light for creating the right mood. For nearfield monitoring we have a pair of Tannoy Reveals.
Along with all of this, keyboards, turntables, various other outboard gear, we’ve paid close attention to the look and the feel of the room making sure it looks good, functions well, and reproduces sound faithfully.
And the chesterfield sofa is extremely comfortable…